The Danish artist, Mikael B, was chosen by The City of LA to create the mural for the iconic institution, Art Share LA, that has one of the most recognizable exteriors in the city with their 9,300 square foot facade. This has become one of the largest murals in Los Angeles.

Mikael’s selection as Art Share’s next muralist is a dream almost a lifetime in the making. Growing up in Denmark, Mikael’s biggest inspiration was the street art of Los Angeles. As he built fame and even fortune with his colorful wild style lettering and ethereal graffiti in Copenhagen, he yearned to be a success in the City of Angels. In 2013, Mikael B risked everything to make his move to Los Angeles, and over the next few years worked tirelessly to build a new following and respect in the west coast scene. 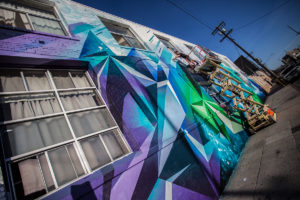 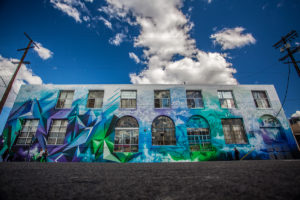 “I’m incredibly honored to have been chosen by Art Share for this project,” Mikael says. “More than anything, this is a love letter to Los Angeles, the city that has inspired me to keep going after my dreams. They do come true.”
“Through this design, Mikael B has brilliantly communicated our vision of giving artists the space to dream, grow and create,” says Art Share L.A. director Cheyanne Sauter. “It’s not just this design that drew us to selecting him as our next muralist. Los Angeles is in a transition to become a major arts capital, with people moving here from all over the world to be part of this immensely exciting time. The fact that Mikael is one of these people sealed the deal.” 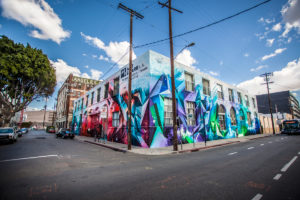 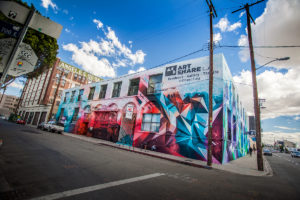 Most recently, Mikael was selected to be an artist in the 2017 Shine Mural Festival in St. Petersburg Florida, and in December hosted a solo show at SLS Brickell in tandem with Art Basel Miami, where he custom-painted a 10 ft Philippe Starck sculpture in benefit of Adrian Grenier’s Lonely Whale Foundation.
https://mikael-b.com
https://instagram.com/mikaelbrandrup
https://facebook.com/mikaelb We got in trouble by some kissing cops.