After many cases of censorship and attacks to freedom of expression across Spain, a group of artists and entities from the world of graffiti, muralism and urban art want to express their rejection of these attacks and call for action against these flagrant violations of human rights.

Bearing this in mind, this collective have elaborated an action that has already been signed by nearly 200 people, in which they express their support to the platform and make it clear that they won’t admit “any more censorship, media manipulation, corruption, police staging, inequalities before the law, political prisoners, and of course, the continuous violation of human rights”. The collective claims that “the only walls we can and want to admit are the ones that can be painted on, with freedom of action and expression, using criticism and satire.”

Last May, a first action was already carried out: a 57-metre long painting with the message “Llibertat d’expressió” (Freedom of Expression) on the roof of the Ateneu Popular 9 Barris in Barcelona. 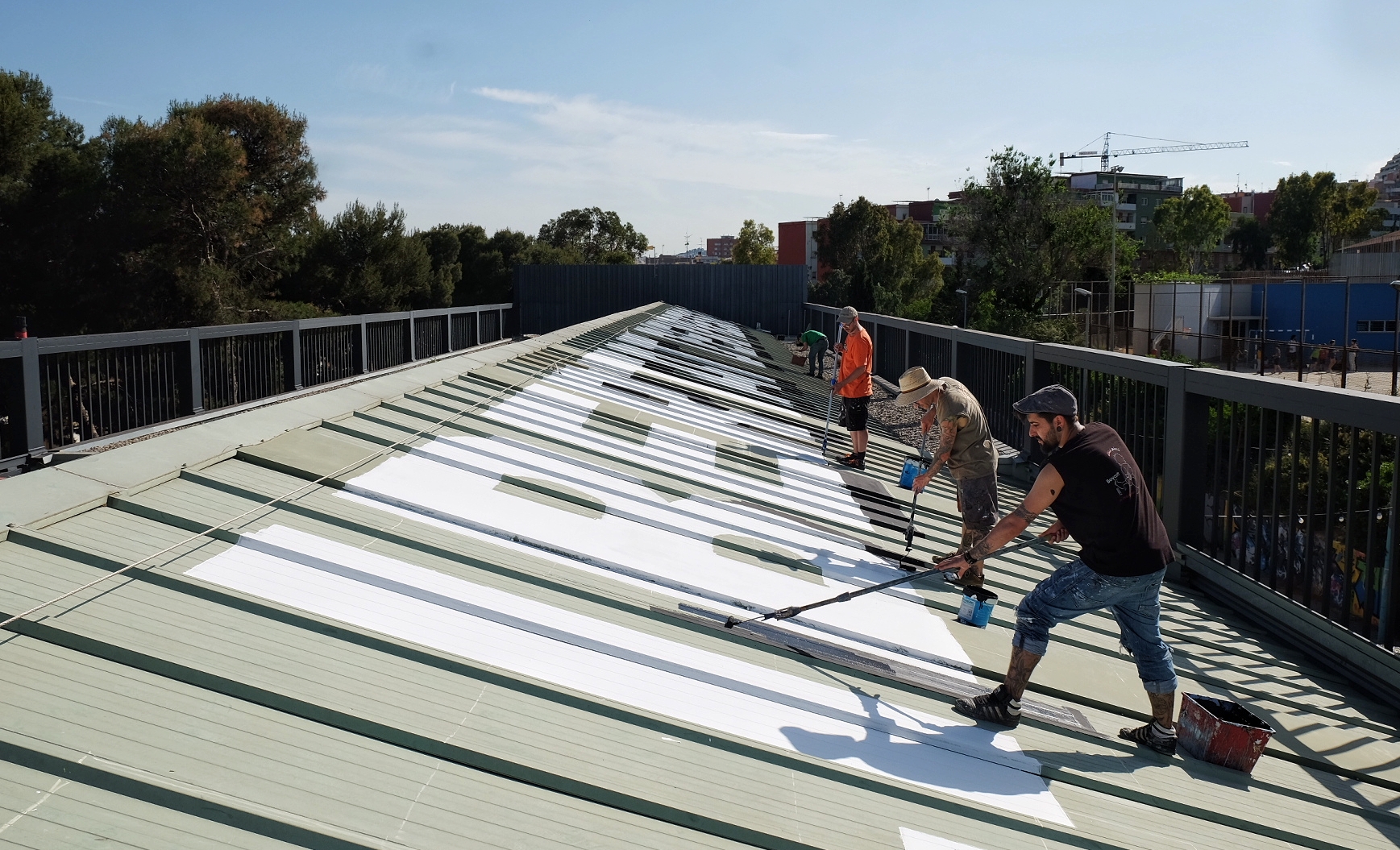 This time, the collective has called once more for mobilisation with a big event in the street named #FaltanPintadas. The weekend of 21st and 22nd July, artists and citizens are summoned to take painting as a form of free expression in the public space with messages and slogans defending freedoms, and spread them through the social media.
The action #FaltanPintadas takes its name from the song, de Elgio, from one of the rappers that, like Valtonyc and Pablo Hasél, have received prison sentences for their lyrics and messages they’ve posted on social media.
Taking his verses as a starting point, last April over a hundred people recorded at Barcelona’s Modelo prison the song, as an act of condemnation and solidarity with the artists that are suffering political repression within the context of the #RapearNoEsDelito campaign, and the events during the Week For Freedom of Expression leveraged by No Callarem.