“The Dutch Dreamer”
By Artist: Skount for the ASA Amsterdam serie. 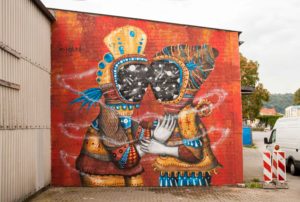 The original artwork is done by acrylic and collage on 300gr Fabriano paper, 30×42 cm. 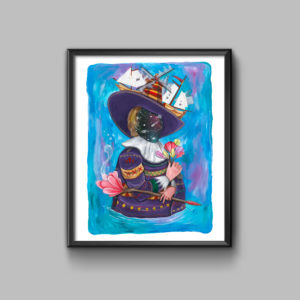 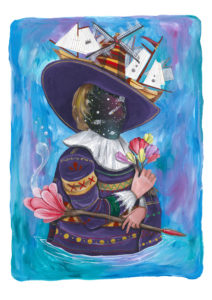 I painted my own surreal version of “Portrait of an unknown man” by Frans Hals 1638
This artwork is inspired by all the influences and things that I like from the old Netherlands, that remains in the present, but in a different way. 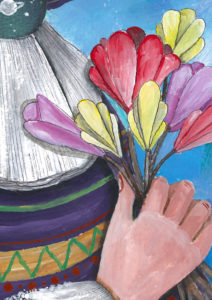 *What was your motivation to move to Amsterdam?
Actually my story to move to Amsterdam is a little bit weird. I was
travelling to Panamá to live there and my flight made a transfer connection
in Amsterdam. At the time, I was waiting for my connecting flight and suddenly got a call from Panama. Apparently my contact was in jail there due to governmental reasons. So with the knowledge that I had, I decided to stay in Amsterdam for a few days as a holiday.  During my stay in Amsterdam I came in contact with a guy who offered me a job, I accepted it and started to work for a local company. Three months later I got a call from Panama saying that everything was fixed for me but I decided to stay in Amsterdam because of the job I had, which was a really good one.  Now, I’m not working for the company anymore, so what is keeping me here is the fact that there are better and more opportunities for an artist to live here than Spain for example. There are way more cultural events as well and due to it’s central placing in Europe it’s easier and cheaper to travel to various countries. 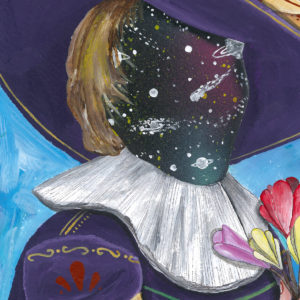 *What was your craziest adventure here?
I think I haven’t had any crazy adventures here. I mean, compared to the other places I lived, Amsterdam seems pretty normal.
*What is your goal to paint in Amsterdam before you leave?
I want to paint large scale murals because I didn’t get the opportunity to do that yet. It’s really difficult in Amsterdam to get a large wall to create work on, even if you would pay for all the expenses yourself.